below Standard & Poor: a rumble in US capitalism’s gangland

By Neil Robinson in banking, management, strategy, Uncategorized on 6 September 2011 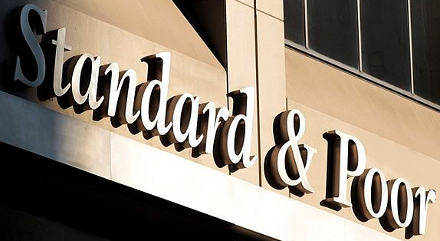 Once upon a time, we thought US financial policy was decided democratically. That concept was blown away like a dollar bill in Hurricane Katrina.

The US government in reality is no more than some crude Punch & Judy show, the strings being pulled by a financial Mafia run by Wall Street and its lobbyists. Everything neatly stage-managed by a company called Standard & Poor.

Standard & Poor was perceived as the US financial world’s steadying influence. The trusted hand deciding the efficacy of decisions taken on Wall Street.

The banking crash revealed a startling fallibility – but was that the real story?

Standard & Poor’s risk analysis underpinned key decisions taken by Wall Street. Yet without S&P’s blessing for the dirty mortgage pools underpinning banking’s complex financial instruments, the US banking crash may never have happened. Was that assessment a catastrophic mistake or something more sinister?

But it was banking’s rapid recovery to profit that was to be the next big shock. This was a truly Lazarus-like rebirth, given that the banks were still not lending money, had zero interest rates and were without any innovative new products. How did they bounce back in such a climate?

Banks traditionally make money by investing in business. Clearly that wasn’t happening. Commerce was in a coma. The money markets had all but dried up. Yet in that financial desert, the failing banks still recovered.

Surely some other git-edged investment vehicle was generating all this revenue. Maybe we need to remember that banking isn’t Standard & Poor’s only interest… Was their hand in play again here?

Standard & Poor assessment of the world’s stock market is a key factor in any investment decision. Few investors would move contrary to S&P’s grand view. Seen as unbiased and fair, it’s a powerful barometer of the US stock market. What if it was more than just a passive view?

What if a group in Standard & Poor’s position, rather than providing a simple, passive assessment were able to actively influence the markets?

What if that influence was in itself steered by parties whose interests would be served by the markets moving a certain way?

Imagine if a substantial group of investors was able to influence the position of the markets – not just by some simple insider trading, but on a truly grand scale. Imagine the money a Wall Street bank could make in those circumstances.

Surely we should wonder just how banking could thrive with rates at zero and markets in free-fall?

Of course, there’s no evidence that’s come to light to support such an assertion. This is after all just a “what if” scenario.

But just imagine for a moment that it all was true. If they could get away with that, how powerful must the banks truly be?

Could they also derail any attempt to reform them by downgrading the United States credit rating?

Imagine Standard & Poor doing that. That really is a “what if” too far, isn’t it?