browser wars: all about quality of life

Our eyesight. Its the most developed, critical and relied on of all human senses.
And probably why we make such beautiful things.

Basically, we like what we see. Or rather we tend to buy what we like the look of.
How about web browsers? 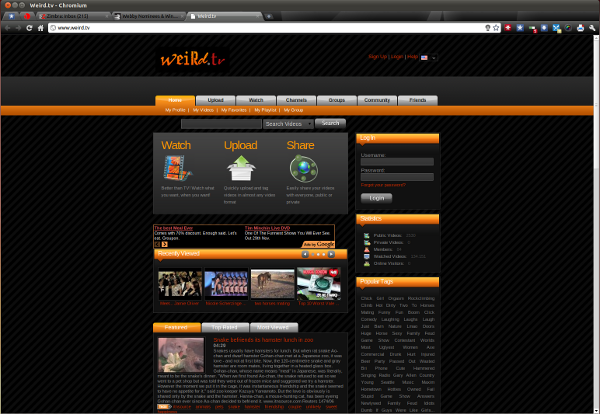 Given a choice, few would go for a conventional TV over a flat screen HD beauty. The quality, colour depth and sheer pleasure it is to watch is amazing.

Contrast this to web browsers, which don’t cost thousands, they’re actually free.
So why don’t we go for the best there is?

Out of the box with Windows 7 you get a choice of browsers now. Those anti-trust fines hurt Microsoft so now you get to pick the default browser.

Yet many will choose Internet Explorer. Most commercial websites are written to work with it, rather than the better alternatives. But what do I mean by better?

I’m not talking about functionality, the major concern a couple of years ago – but more of that later. I’m talking about conventional TV v flat-screen HD differences.

Do not adjust your set – change your options

Gradually, as we wake up to The Cloud and the on-line media generally, we’re starting to see sites which use high quality layouts and features our browsers are now capable of showing us. As long as its not Internet Explorer, that is…

I run Ubuntu, which like the Apple OS has been designed to provide as pleasing an interface as possible. Fonts are rounded and smooth, the graphics stunning.
And wow – check out the browsers!

Differences between browsers is marked, with Chrome or Chromium on Ubuntu really standing out. But then boot back into Windows 7 and run Internet Explorer –
Ugh!

Given that people still go with Explorer, surely its not too much to expect it to at least look as good as its better-performing cousins?

We get grainy fonts, poor graphics resolution and a 20th century look and feel. Why can’t it even round corners like Chrome and Firefox can?

Some sites don’t look anything in Explorer, yet are beautiful on other browsers.

So come on people. You have a choice in the browser wars. Defect today!