co-operative bank: good with money, bad with everything else

By Neil Robinson in banking, general, management, Uncategorized on 10 January 2011

As a bank marketing slogan, the co-operative’s good with money is pretty good. Just a pity then that the rest of the bank’s processes don’t match. 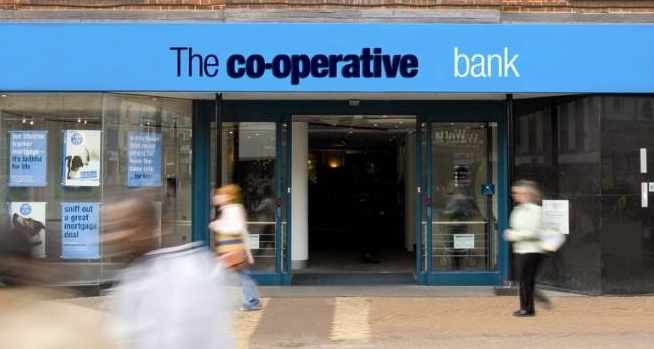 Because behind the ethical faÃ§ade this member-owned group strives to portray, lies a dark, Dickensian approach to those it does business with.

Setting up any business is a stressful experience. Once you’ve made that big decision, its a race to get everything in place to start earning that first pay cheque.

If fighting your way through bungling inefficiencies and pseudo-ethical practices isn’t your thing, you may want to avoid the cooperative bank.

When opening a bank on-line, you’re directed to a call centre where someone takes you though a long interview quiz about your business, followed by an endless series of ethical hoops to jump through that make up the cooperative’s Mein Kampf tick-list.

These can range from country sport involvement, working in the defence sector, to even fossil-fuel energy development!

After they’ve turned off the virtual interrogation spotlight, you’re sent a form with exactly the same questions on it to answer again. After judiciously filling that in, you dispatch it to the black hole that is the Skelmersdale processing centre.

After three weeks, Stalag-dale advises you if they think you’re fit to bank with and any closer to receiving that precious cooperative sort code and bank account. And if not, you’ve just wasted three precious weeks of your life.

Example 2: Doing business with the co-operative

The cooperative retains third party suppliers – like shop fitters and electricians – to provide the services they need to maintain their retail outlets.

Contracts like this can promise security to a small company. The squeezed rate on offer is offset against the steady revenue stream it represents.

But again, the cooperative abuses its position by bungling financial practices. Today’s climate precludes many businesses from the luxury of sitting-cash to set aside against slow payments.

By inefficiency or choice, co-op payments take to up to six months, forcing many suppliers into an untenable and dangerously long wait before seeing any money. No one will complain, for fear of losing the contract altogether.

The co-operative bank outsources much of its technology services to contractors. This work is valuable, but scarcer and rates have plummeted post credit-crunch. Many contractors are unemployed for months or even years between contracts.

This is where the co-operative employs its most cynical and disgraceful practice.

Credit checks where no check is due

In banking, its reasonable to expect all contractors to be honest and trustworthy, have the right experience, references and no record of fraud or criminality.

The majority of bank contracts dried up very suddenly after the banks crashed. Many contractors lost their livelihoods and couldn’t afford their affluent lifestyles. Those who survived were a lot poorer as a result, through no fault of their own.

Imagine then a bank – the cause of the crash that has affected us all – running a CFS Credit Check on all its prospective IT contractors. Then twisting the knife further by putting the list of those who fell short into the public domain.

This means that contractors who made a voluntary settlement with a credit card company, gave back a leased car or terminated a phone contract prematurely could be forcibly prevented from recovering their position for no good reason.

I know that the Co-operative aren’t alone in running credit checks, but others run the checks on employees, not contractors.

Most banks outsource non-core services to third party suppliers, who rarely make any checks on their staff, so the Co-operative’s action is at best a waste of time. And at worst, an abuse of contractor’s rights.

And what about the offshore call centres?

So there you have it. The co-operative may want to portray itself as an ethical group that strictly adheres to the very highest standards defined by its members. This article I think shows the group has a much darker side.

They may think they’re good with money, but isn’t there more to life than that?