By Neil Robinson in banking, cloud, management, mobile, social networks, strategy on 4 May 2011

The banks are making money again. They’ve all got innovation teams in place. Change is desperately needed, so why aren’t we seeing it? 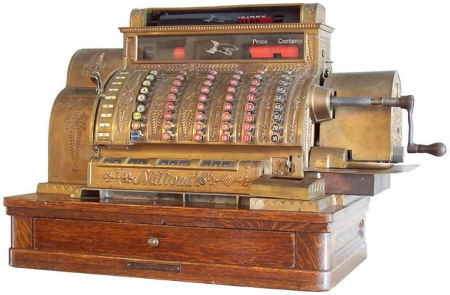 Its too easy to point to our banks and say that they don’t understand innovation. But you’d be wrong, very wrong. They understand it all too well.

They know what change will mean. That’s why they won’t let it happen…

Pretty well nothing ever happens on the high street without all the big four banks agreeing to let it happen. Its the classic cartel.

Every service they provide has been carefully designed to maximise their own profits and extract the most from you, the customer. Let me show you.

Take inter-bank payments. When someone gives you a cheque and you pay it in, why don’t you receive the money immediately?

Surely if the cheque was used with a guarantee card, the money’s there, isn’t it? Well no, its not. It takes three working days to clear.

Now guess who gets the interest while you’re waiting. The value may be small, but remember, five million cheques are processed each day.

Not just cheques, every inter-bank payment, even PayPal or BACS. Everything.

And that “working days” thing. Do bank computer systems not work at weekends? Consider how many extra day’s interest is gained as a result each week.

Still don’t believe me – is all this just too cynical a view?

OK. One last example. Let me take you back to the days of the old Midland Bank. Banking’s last big bang was Midland’s takeover by global heavyweight, HSBC.

Think about it. The high street in 1992 was worse than now, it was stagnant. Change was long overdue, but nothing was stirring at all.

In any other field than banking, the arrival of a mega-rich global player would have hit the high street like a hurricane. It would have been immensely disruptive. Nothing would have ever been the same again.

But nothing changed at all. One day we had the Midland, the next we had HSBC. That’s not what happens when that much money and capability hits a market.

The cost of joining the High Street Gang

These antiquated bank payment systems are very expensive to run and support. The banks could have made them cheaper years ago, but they protect the banks. They provide a very effective barrier to entry for any new player.

If banks don’t innovate, why have innovation teams?

Noticed when one bank does launch something new, the others seem to follow?
Little new may appear from banks, but they must be ready when it does.

All bank innovation teams provide a “we’ll follow you” role, never a leading role. While a bank cartel does exist, none likes to be seen to be too far behind.

The banks engage in an innovations arms race. Simply to protect the status quo. The ultimate irony, don’t you think?

But then again, you didn’t expect the banks to play fair, did you?