innovation: is our society’s progress actually slowing down?

By Neil Robinson in general, products, strategy on 9 May 2011

Now this is going to sound like some obscure, “out-there” philosophical question. But think about it. Is progress slowing down? 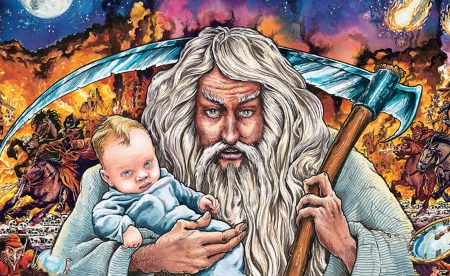 Or imagine James Watt building his steam engine in a lock-up round the corner. Then imagine the local council or police’s reaction to the noise it made!

Have we lost our reckless invention culture – do we just do Internet apps now?

Has globalisation taken away our ability to invent?

Great Little Britain. This tiny, impertinent island of ours sure has done some stuff. Britain’s list of firsts is a real embarrassment to the rest of the world.

Steam engines to railways, telephones, helicopters and yes – even the Internet. Some Brit thought of it, rolled up his sleeves and made it.

But we don’t make much today. We do all that in China, or Malaysia or Korea. You can’t walk round the corner and get something built any more.

Imagine trying to tell some Chinese facility you want it to look like this, or do that. They won’t want to know, or be able to give you advice. It aint gonna happen.

And even if you could, some council bye-law, or local busybody would stop you. People don’t like eccentrics. Don’t like inventors.

Doing the extraordinary with the ordinary

Right back, even when I was a kid, music’s always been a passion of mine. Before going to sleep, I’d listen to Radio Luxenbourg through an old valve radio my dad gave me.

But the noise would wake up my younger sister. So, I took the radio apart, removed the speaker and wired up an old set of ex-RAF headphones instead.

Great, I had my music, my sister had her peace. Exceptional bit of electronics? Well, not really. Except I was around ten years old at the time.

In my first band, my friend’s dad built our amps, cabinets and made him a guitar.

Its what dads did then. There’d be ordinary stuff that could become extraordinary. But real invention needs something more.

Britain’s secret – why we can do amazing stuff

What Britain has that other countries don’t have is a compactness, an intimacy. We’re tiny, compressed, even and despite our class differences there’s a good chance some rich guy round the corner will spot an innovation and develop it.

But the initial innovation action has to exist before it can be taken forward!

Real innovation is about finding a way – about invention

I love technology. Its my life. But it isn’t just silicon chips or pretty user interfaces. Invention’s about things to help us do stuff better. Its about everything we do.

We need to start to build stuff again. Let’s get some real dirt under our fingernails. Time to bend the rules, take some risks, sack the health and safety police.

Let’s make stuff to make us proud again. Now that would be making progress.