Metro Bank announced recently it had met the twelve-month target it set for new accounts. What’s astounding is that it took the start-up bank less than 30 days to do so. 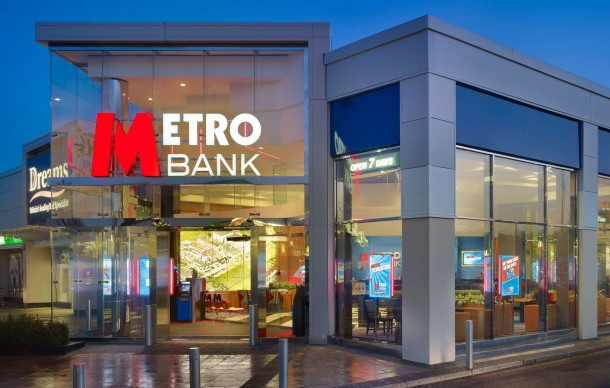 Its easy to be dismiss this based on the millions the high-street banks spend on marketing. But to do so ignores the facts here.

You see, there was no high profile, A-list celebrity endorsed, multi-media campaign worthy of Hollywood here. No glitzy launch attended by the good and great at the new bank’s HQ. No, Metro’s launch barely made the financial pages at all.

Global banking is in crisis. Banks won’t lend, people won’t spend, so money’s not moving. How could one little bank attract so much money and be so well received?

if you build it well, they will come

Metro Bank’s success isn’t so much down to the smart marketing of its innovative products, it’s more about social networking and how perceptions and ultimately actions are decided.

Yet, having said that, Metro didn’t set out to use social networking to launch its new service. Certainly not in the way we understand it, anyway.

So how could a brand new bank, even one that promises new attitudes and great service, benefit from social networks without having one of its own?

The effect of an unaffiliated social network

To understand this, let’s re-visit the HSBC student loans campaign of three years ago. HSBC began to charge students account fees. Understandably, students didn’t want to pay. So they launched a Facebook campaign to get the decision reversed.

Support for the students was not only great, but by using a social network, seen to be great. The highly visible public criticism and resulting damage to HSBC’s brand were costing it more than the bank’s revenue from the fees.

So Facebook alone managed to force the bank to change its minds and remove the fees. High cost to HSBC, zero cost to the students.

Facebook showed us the negative potential of a social network on a bank, but in the same way, positive word-of-mouth – or should that be mouse – can have a beneficial impact, too. People wanted Metro to succeed. They wanted to show their hatred for the high street.

Keeping the public on their side

Very few new ventures will rely on luck alone. Unconsciously, they’ll use a social network. This doesn’t just mean Facebook, I mean they’ll have opened a dialogue with their market. Talking to potential customers or learning what’s used currently decides what they will do. When they stop listening and decide they know best is when it all goes wrong.

And this is where the high street banks are failing their customers. They don’t listen to them.

Metro will not be able to rely on unaffiliated social networks or simply their own intuition to carry it though the next twelve months. It will need to establish a close engagement of its own with its customer base.

Why Metro needs its own social network strategy

While Metro is small, it will find it easy to engage with its customers, the distance from its user-base is small. But as it expands, it will need to provide an open channel for dialogue. Metro must embrace social media as a core strategy.