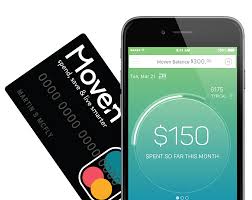 Autumn 2011 has been a really interesting time for banking. I mean new banking, not that tired old high street of ours.

It generated quite a lot of Twitter traffic with people on digital banking’s front-line, like banking innovators, Darren G and Aden Davies. And raised one key question.

Online or on high street – can a click ever replace a footstep?

My Tweets about online’s failings even reached MovenBank’s founder, Brett King. Mr King believes “Banking was now something you do, not somewhere you go”

I’d countered that banking should be offering both. He pointed out that bookshops offered a high street experience, but people chose to buy online.

But that’s not a failing of the bookshop’s business model, that’s more about cost. Lots of people will visit a bookshop to browse, but then they go and buy online. Not because its better in any way, but solely because its cheaper.

What Mr King’s statement ignores is that online won’t be cheaper for consumers. Online will actually cost customers more – and deliver far less.

Digital books can be used on iPad, Android tablets and Amazon’s own Kindle. They’re a true, full-fat, electronic experience.

Yet, the reality is digital has managed only a small dent in the printed book market. Real books are alive and well – they’re just being ordered online!

And that brings us to the essence of this article. How people choose stuff.

The psychology of interaction – and selling

As someone who’s been there right from the start of the online banking revolution, it seems strange to be questioning what seemed back in 1996 to be the future.

But when your head’s into the tech, its hard to stand back and think about people. When you’re rolling out systems and designing interfaces that’s all that matters. But actually, isn’t it really the people who bank that its all about?

Banking’s not about networks, devices and software. Its about selling a service. Banking’s all about psychology, not systems.

Money’s our biggest worry. Dealing with large chunks of it a fraught undertaking. Handing it over to a third party like a bank, is therefore, a very big deal indeed.

Want to move a few quid here and there, check a balance, etc, fine. Do that online. But setting up a mortgage, bank loan, savings scheme for your children?

Our senses take in the people, the atmosphere, the ambiance and even the smell. Every one of these factors slowly build a trust.

Now I’m sorry, but I can’t see how trust can be replicated in the digital domain. They tried that with HAL in 2001 and I seem to recall, it didn’t end well.

Time to take a reality check

Let’s park the question of trust just for a moment and think about access to online. This will come as no surprise, I’m sure – banks will save money delivering online. Wait a second – the banks haven’t rushed to close branches to go online. Why?

It’s because digital doesn’t reach everyone. Not now and certainly not in the immediate future. Mobile, tech’s greatest only touches 70%. Of that mobile users capable of digital banking, less than 30%.

In other words, if banks closed branches and went to a digital mobile model today, they’d loose over 76% of their market.

And digital’s only used for the type of service that won’t really generate revenue. Real investment services, like mortgages, savings and loans aren’t going to do well through that channel anyway!

In addition, mobile market expansion has stalled after phenomenal growth at 70%, the banks won’t see their underlying channel grow much bigger.

Of that, Smartphones are less than 30%. Even if that doubled, which isn’t likely – banks would still only reach 48% – less than half – their customers!

Clearly, Brett King’s MovenBank will have a tightly defined target market in mind. That must be the 24% of consumers with digital banking capability.

But while that has the potential to do routine transactions online, the real money, trusted services, doesn’t lend itself (no pun intended!) to the digital channel.

Show me the money

One aspect not discussed is of course cash. Cash forms the bulk of transactions, despite the availability of online and electronic channels.

Here in the UK, its 61%. In the US, 57%. While in Germany, its a staggering 75%. Just how will online deal with cash transactions, small businesses, shops, etc?

Remember, for all its promises and pizazz, Movenbank is just a flashy front-end. The old banks will still be delivering its payment services behind the scenes.

So precisely how does MovenBank intend to create trust and deliver that online?

A cool website and snazzy mobile app isn’t going to do that!