NFC: the lessons Fukushima should teach us about mobile payments

The fall-out has still to settle from one of the greatest tragedies of recent times. While the furore and finger-pointing surrounding it will take a lot longer. 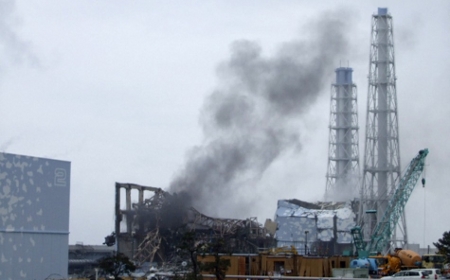 I’ve no desire to trivialise this terrible event, but let’s look at what it has shown us.

Given the prevailing circumstances, the technology behaved entirely predictively. The technology didn’t fail, we failed to manage it. Could we fail with NFC?

Sometimes we’re too smart for our own good. We come up with these great ideas and then we seem to stop to think beyond the shiny stuff.

Imagine building a car that reaches 100mph in five seconds but with poor brakes. Its all about managing possible outcomes – what if?

Get the brakes fixed before the accident

We’re witnessing a nuclear backlash. So now people are saying we should stop. That’s wrong. The technology works, its the security – the brakes – that failed.

We didn’t stop building ships cars or planes because someone had an accident. We didn’t stop because the same effort went into the stuff that wan’t so shiny.

NFC and the Titanic syndrome

NFC could be amazing. Everyone’s fired up about it. Hardware guys are stuffing chips in phones everywhere, the payment guys have a multi-billion dollar dream.

What could possibly go wrong – this technology is uncrackable!

But wait, what’s that smell – can’t you smell the freshly brewed coffee, guys? Maybe its time to take a coffee break and wake up.

The Golden Rule – hard to make, easy to break

Every technology that has ever been has been broken by someone. That’s a fact. Making stuff is the hard part. It’s never been done before. Breaking it is easy. Because you know what it is you’re breaking.

I’ve never seen such complacency with NFC. Everyone wants to be First in Show – but no one’s definitively described how the brakes work.

NFC is like some giant reactor. They know that it works just great. Its super hot. But there’s this hacker gang coming. And they’re bringing their own Tsunami.